The Baltic Sea Day, launched on 29 August at the Media Piazza of Sanoma House, has an ambitious goal: to bring in municipalities, cities, companies, foundations, associations and organisations not only from Finland but also from other Baltic Sea countries. The John Nurminen Foundation will continue its search for potential partners immediately after the launch event. What we are striving for is that the Baltic Sea Day, celebrated on the last Thursday of August, will in the year 2020 reach an audience that is one hundred times the size of the audience today, and that in addition to Helsinki, Stockholm and the coastal cities of Finland will join in in the theme day already next year.

The John Nurminen Foundation began developing the Baltic Sea Day in cooperation with the Helsinki Festival. At first, the idea was to highlight Baltic Sea protection in the programme of the Helsinki Festival, but after further consideration, this idea grew into a separate, dedicated day, celebrated with a larger group of stakeholders. The starting point is to celebrate the theme of the day with a wide outlook, and not limit the event to environmental or nature conservationist perspectives.

Annamari Arrakoski-Engardt, Secretary General of the Foundation, explains the thinking behind the event: ‘Many know us by the concrete and impactful work we do to protect the Baltic Sea, a field where we are engaged on many fronts, and in various projects. The Baltic Sea is, however, much more than the blue-green algae catastrophes we witness annually, or one of the major environmental problems of Northern Europe. When we speak of the Baltic Sea, we cannot just ignore its versatile role in the fields of culture and the arts. The specific features of the Baltic Sea, its geographic location, its history, the people who have lived on its shores and who inhabit it today – all these aspects make it one of the most unique places in the world.’

The City of Helsinki has committed to being a strategic partner of the Day, and providing headquarters for the event. Through the Baltic Sea Challenge, an initiative of the cities of Turku and Helsinki, Turku will also participate in the Day’s celebrations.

In his opening speech Jan Vapaavuori, the Mayor of Helsinki, emphasized the strong roles that cities play in Baltic Sea cooperation: ‘Even though the Baltic Sea should be on our agenda every day, eventifying the issue helps us build a critical mass, momentum, and interest in a cause that needs a broader commitment from society. Only through the cooperation of the state, cities, companies, organisations, the third sector, and private individuals, can we ensure that the Baltic Sea will be our home also in the future. In this spirit, we invite our dear partner city of Turku to join in, and also extend the invitation to Stockholm, a city that is equally dependent on the sea.’

In addition to the City of Helsinki and the Helsinki Festival, the first wave partners of the Baltic Sea Day include the Helsinki Biennial, the Design Museum Helsinki, Sanoma, the Tiede Luonto magazine, the Finnish Nature League, the Hanaholmen Cultural Centre for Sweden and Finland, and Moomin Characters.

Making the Baltic Sea a role model for the world

The objective of the Baltic Sea Day is to encourage hope: the Baltic Sea can be a paragon for other seas and a test lab for new solutions for the entire world. The day celebrates the versatility of the sea, and its immeasurable value for Finland and the Finns.

‘We want the Baltic Sea to be headlining news for one day each year. In addition to the celebrations, our goal is to increase awareness of the intrinsic link between the sea’s ecological status and culture: our cultural and economic wellbeing withers or advances in tandem with the status of the Baltic Sea.  With the Day, we hope to increase knowledge on important areas such as marine nature, culture, and history’, Arrakoski-Engardt sums up.

The Foundation seeks to partner with an as versatile group of stakeholders as possible for the day, coming from the fields of culture and environmental protection alike. The target is to see institutions, members of the parliament, politicians and citizens all joining in in celebrating the day dedicated to the sea.

Together with its partners, the Foundation has already begun preparing for the Baltic Sea Day in Stockholm in 2020.

See the video from the launch event below.

John Nurminen Foundation – Baltic Sea protection and marine culture
Founded in 1992, the purpose of  the John Nurminen Foundation is to save the Baltic Sea and its heritage to future generations. The Foundation has been awarded for its work as a communicator of information and producer of marine content. The goal of the Foundation’s Clean Baltic Sea projects is to improve the condition of the Baltic Sea with tangible measures that will reduce the load and environmental risks directed at the sea. Our work is steered by measurable results and impact. www.johnnurmisensaatio.fi/en 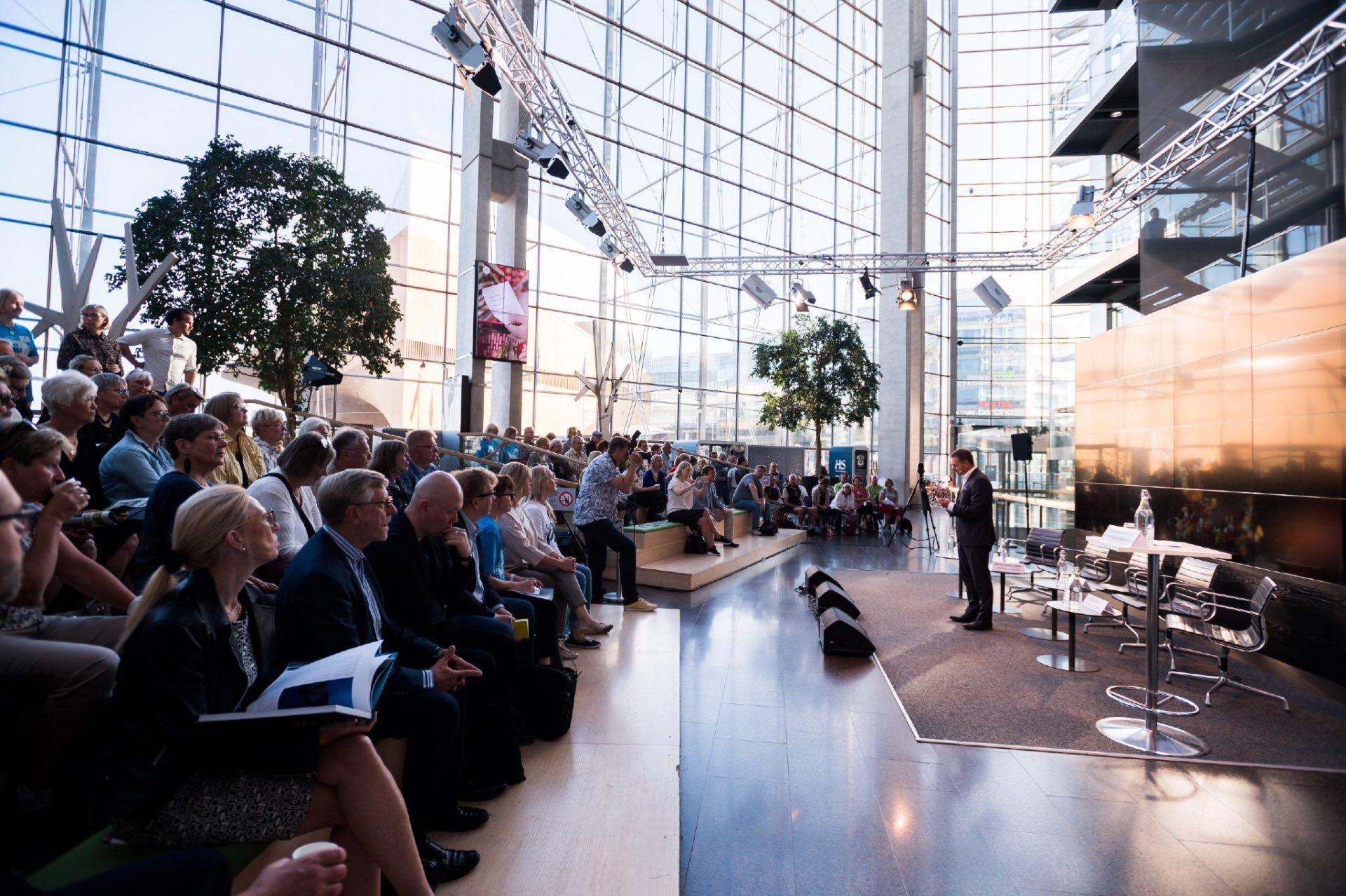