Baltic Sea Day celebrated in six countries and over 20 cities

The Baltic Sea Day, coordinated by the John Nurminen Foundation, brought together six countries and more than 20 cities. On the last Thursday in August, 26.8., more than 220 partners joined forces to celebrate our Sea with 136 events and 82 activities.

In addition to 17 cities in Finland, the Baltic Sea Day was also celebrated in Russia, Lithuania, Latvia, Estonia, and Sweden.

In Sweden, more than 30 stakeholders were actively organising various sea-themed events and rallies. A panel discussion set up by the organisation Race For The Baltic featured, amongst others, the former Minister for Environment and Climate, Isabella Lövin, and Anna König Jerlmyr, the Mayor of Stockholm. Moreover, the Baltic Sea Day was highlighted on the social media channels of the royal house of Sweden, and in the week of the Baltic Sea Day, Crown Princess Victoria visited Utö, Sweden, and acquainted herself with Baltic Sea protection and the marine nature of the area. In addition, the Sveriges Radio Symphony Orchestra played magnificent tunes at the Sjöhistoriska Museum in Stockholm in collaboration with the Östersjöfestivalen, and the concert was also heard in Estonia and Latvia via radio.

In St. Petersburg, Baltic Sea Day was celebrated e.g. at KronFest, an arts festival that combines art and ecology. In Estonia, events for both adults and children took place all along the coastline. Celebration participants could, for example, enjoy marine-themed movies, hear about the problems related to micro-plastics, get to know maritime rescue services and the harbour of Tallinn, take part in beach clean-up events, and learn to cook delicious fish dishes.

The Baltic Sea Day kicked off with discussions on the status of the Sea, the value of culture, and corporate responsibility

In spite of the rainy weather, the atmosphere on the Espa Stage was warm and cheerful when the Baltic Sea Day kicked off in the traditional way with an extensive discussion programme.  You can watch the early bird session of the Baltic Sea Day here (in Finnish):

On the stage, the Baltic Sea Day was declared open by Juhana Vartiainen, Mayor of Helsinki, and Annamari Arrakoski-Engardt, CEO of the John Nurminen Foundation. President Tarja Halonen sent out lovely greetings to everyone celebrating the Baltic Sea Day, and Krista Mikkonen, Minister of the Environment and Climate, spoke on Finland’s role as a protector of the Baltic Sea. The panel discussions of the morning session, on the other hand, dealt with the roles and responsibilities of companies as champions of the Baltic Sea and nature, and deeds, both everyday and of large scale, that protect the Baltic Sea and its heritage.

Various Baltic Sea activities, implemented alone in full corona safety or with a small group of close friends and family, were also in tune with the day’s spirit. Three easy ways to participate in the Baltic Sea Day celebrations had been planned beforehand: the Plunge, Baltic Sea Menu, and the Baltic Sea Moment.

Dozens of staff canteens, schools, and care institutions all over Finland created Baltic Sea Menus, featuring fish from the local waters, and in-season delicacies. More than 307,000 Baltic Sea-friendly dishes were served on Baltic Sea Day. The Baltic Sea Menu was joined by the Marthas, stakeholders from the food industry, and many restaurants, such as Kappeli, Aito, and Nokka.

One of the goals of the Baltic Sea Day is to remind us that the Baltic Sea is more than its ecological status – the Sea also has a unique culture and history. The Sea makes all kinds of experiences and adventures possible for us. The partners of the Baltic Sea Day did in fact organise a wide range of inspiring cultural events. Joining the culture-themed Baltic Sea Moment were e.g. the Helsinki Central Library Oodi, the National Library of Finland, Forum Marinum, and dozens of other libraries, theatres, museums, and musicians.

The Plunge – an activity that emphasizes the recreational value of waterways – was organized at 6 pm on Baltic Sea Day. You could take the plunge in any waterway you chose, and – naturally – in the way you chose. We saw the Marthas, the Kypärämäki School class 5A, Leijona Catering, and dozens of other swimming enthusiasts take The Plunge, all in their own way. The most daring ones would jump into the water with their clothes on; others would bathe away for a long time, enjoying the experience; while some would only dip their toe in while sitting on a rock or pier.

The Baltic Sea Day was seen and heard in media

On 26 August 2021, #itämeripäivä was in fact the most tweeted hashtag in Finland all day long. On Thursday, more than 850 tweets were made, with a potential reach of more than 1.6 million views. #balticsea was also trending. (Source: https://twitter.com/PinnallaFI). On Instagram, almost one thousand images and stories on the Baltic Sea were posted. Through the channels of the John Nurminen Foundation, we reached almost 1.3 million social media users with Baltic Sea Day-themed content during the campaign period from April to August.

In late August and on 26 August, i.e. the day of the event, the Baltic Sea Day was also visible on the Sponda shopping mall media surfaces. Other malls joining in were Citycenter and Forum in Helsinki, Ratina in Tampere, and Kauppakeskus Elo in Ylöjärvi.

Preparations for year 2022 are starting

Next year, the Baltic Sea Day will again be celebrated on the last Thursday in August, i.e. 25 August 2022. The possibility to sign up events and activities for 2022 on the Baltic Sea Day web page will be made available at a future date. Nothing, however, should stop you from saving the date and coming up with ideas for next year already now!

Celebrating the Baltic Sea Day would not be possible without its large and active group of supporters. Thanks for the success of the Day are due to each and every one who participated, in one way or another.

All the partners of the Baltic Sea Day

Baltic Sea Day
The Baltic Sea Day, launched and coordinated by the John Nurminen Foundation, is celebrated every year on the last Thursday in August with various rallies and events. The goal of the theme day is to highlight important marine themes, and encourage people to take concrete action for the Baltic Sea. The Day celebrates the versatility and immeasurable value of the Sea. Moreover, the celebration seeks to disseminate information on marine nature, culture, and history. In 2022, the Baltic Sea Day will be celebrated on 25 August www.balticseaday.fi

John Nurminen Foundation – Baltic Sea protection and marine culture
Founded in 1992, the purpose of the John Nurminen Foundation is to save the Baltic Sea and its heritage for future generations. The Foundation has been awarded for its work as a communicator of information and producer of marine content. The goal of the Foundation’s Clean Baltic Sea projects is to improve the condition of the Baltic Sea with tangible measures that will reduce the load and environmental risks directed towards the sea. The work is steered by measurable results and impact. www.johnnurmisensaatio.fi/en 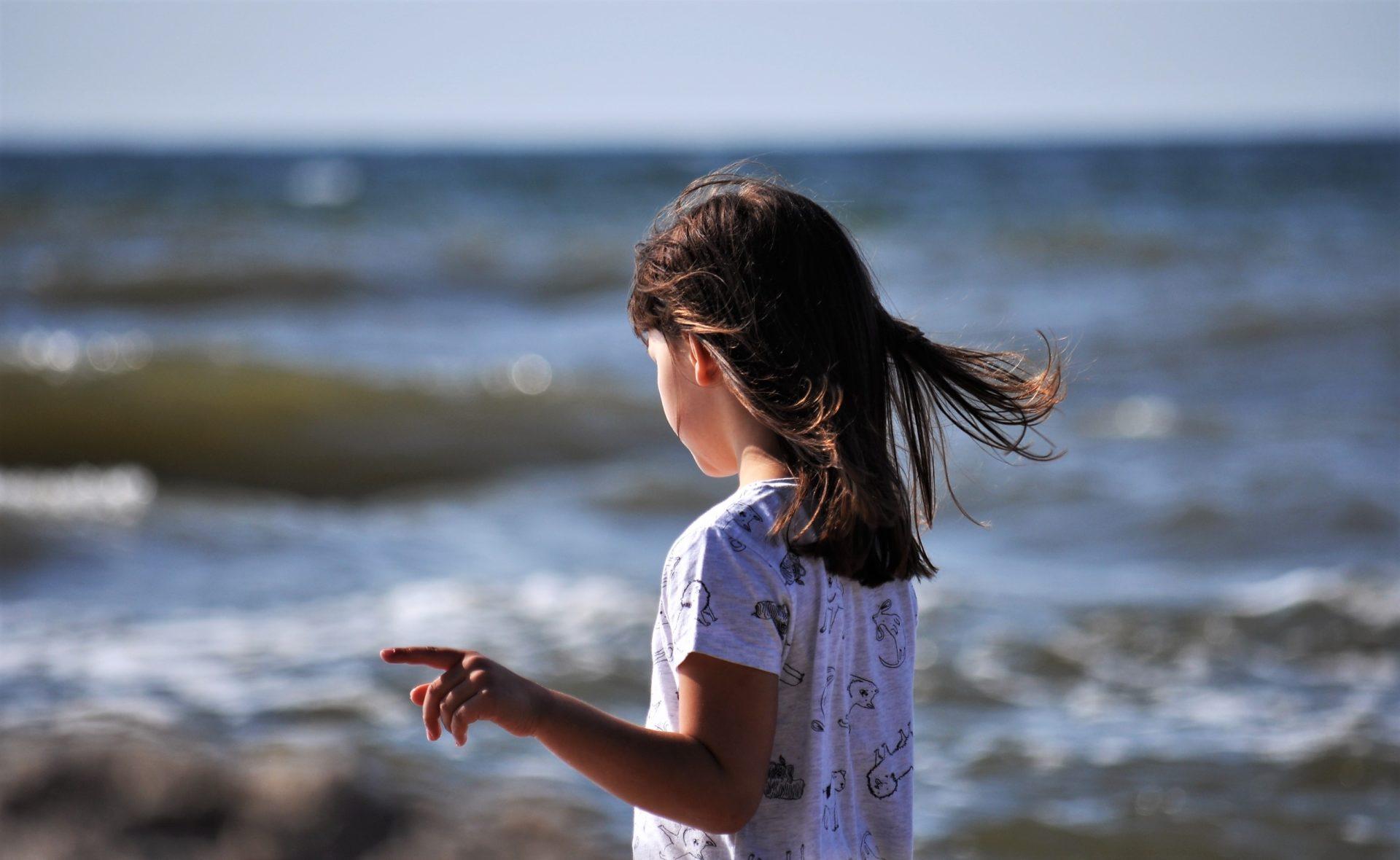