The Baltic Sea Day 2020 launched in a virtual kick-off

Preparations for the Baltic Sea Day, organised on the 27th of August, are well underway. The virtual kick-off on 24 April added wind to our sails with inspiring speeches from our partners and supporters. Participants were honoured to hear a speech by President Tarja Halonen, amongst others.

The Baltic Sea Day is facing a big challenge, as are so many other events of this year: because of the coronavirus epidemic, we cannot be sure if we will be able to organise live public events in August – or even the remainder of the year. In spite of this, we will organise the Baltic Sea Day, in one form or another. We are currently developing virtual alternatives as back-up for our live implementation plans.

These plans were amongst the things we heard about at the virtual kick-off for the Baltic Sea Day, organised by the John Nurminen Foundation. Partners of the Baltic Sea Day, which will be organised on 27 August 2020, and other interested stakeholders were invited to the event. Approximately 130 participants listened in on the event.

The hosts of the two-hour event were Tuula Putkinen, Communications Director of the John Nurminen Foundation, and Annikka Koivu, Director, Health Communications and Social Impact, at the event’s communications partner Cocomms.

The event’s first speaker was Annamari Arrakoski-Engardt, Secretary General of the John Nurminen Foundation, who went through the background of the Baltic Sea Day, the status of the upcoming day’s organisation, and the objectives for 2020, including metrics. She explained that instead of slowing down, the challenges posed by corona have actually accelerated the preparations for the day: together with its partners, the Foundation is currently working on plans for both the live event and the virtual implementation. The event has received a warm welcome also in our neighbouring countries, and Tallinn and St. Petersburg, amongst others, are excited to be building their own events.

Arrakoski-Engardt also spoke on the importance of building the Baltic Sea Day during a year such as this, when time spent in isolation because of the virus has opened up the eyes of many to the immense value and invigorating impact of marine and aquatic environments. Arrakoski-Engardt emphasised the importance of maintaining these environments in good if not improved condition for future generations as well.

After the main campaigns were introduced, we got our first glimpse of the just launched Baltic Sea Day web pages, presented by Oona Lavonsalo, Communications Officer at the John Nurminen Foundation.  Lavonsalo showed how each partner can enter their own event or activity, using the forms found at the Announce an event and Activities pages. Lavonsalo recommended that if an organisation wants to have their event included in the Events listings also in Swedish and English, they should fill in the form in these languages as well. If your event is not immediately visible on the Baltic Sea Day web pages, there is no reason to worry. All events will be pre-screened, and published on the pages after approval. The search options of the Events list will be updated as events and activities accrue.

Lavonsalo encouraged everyone to go ahead and add their events and activities as early as possible, as they can be modified later to accommodate the restrictions brought about by the coronavirus. She also recommended getting in touch, using the contact form or email, in any issues that are unclear.

Inspiration from partner to partner

In addition to the presentations by the Foundation and the project team, the kick-off featured short talks from 14 Baltic Sea day partners and supporters.

In these brief info sessions, different organisations’ Baltic Sea Day plans were presented by Tove Holm from the City of Turku, Päivi Kippo-Edlund from the City of Helsinki, Asta Ekman from the Harakka Nature Centre, Marianna Vento from Wärtsilä, Tapio Gustafsson from the Federation of Finnish Fisheries Associations, Wilhelmiina Ritala from the K Group, Saara Lilja-Rothsten from the Vivace choir association, Anu Oksanen from the Water Protection Association of the River Vantaa and Helsinki Region, Suvi Pitkänen from Leijona Catering, Karoliina Vilander from the association of Finnish Lions Clubs, and Tomi Haapala from Døds Challenge Helsinki. Anni Kujala from the John Nurminen Foundation held a presentation on the Sea of Memories project that will be launched on Baltic Sea Day.

Maria Laamanen from the Finnish Ministry of the Environment opened the partner session with a review of the HELCOM Baltic Sea Action Plan, and the currently ongoing update of the Marine Strategy. She explained that the goal of HELCOM is to reach a good status for the entire Baltic Sea – a task that has not been accomplished by its deadline in spite of the activities of the coastal Baltic countries. In 2021, a new Action Plan will be published with the target of being an even more convincing and effective tool with which to tackle the problems of the Baltic Sea. On behalf of the Ministry of the Environment and HELCOM, Laamanen expressed their full support to the Baltic Sea Day, and said she cannot wait to see what the new, expanded programme of the Day will include.

President Tarja Halonen was the kick-off session’s surprise guest. President Halonen said she had been excited to watch the kick-off programme from her office and sent her warm regards to all event participants. She explained how she had worked with the John Nurminen Foundation in the past, and mentioned that she and the Foundation are promoting an idea, related to cooperation in St. Petersburg, for the Baltic Sea Day of either this year or the next.

The Baltic Sea Day kick-off was an inspiring event with a great number of participants. Tuula Putkinen, the Foundation’s Communications Director, thanked the participants and applauded the event’s enthusiastic and open atmosphere, in spite of remote connections. Putkinen mentioned that preparations for the event are moving ahead with zeal, and that everyone interested in the Baltic Sea Day should not hesitate to get in touch – there is plenty of time to join the Day with your own activity! 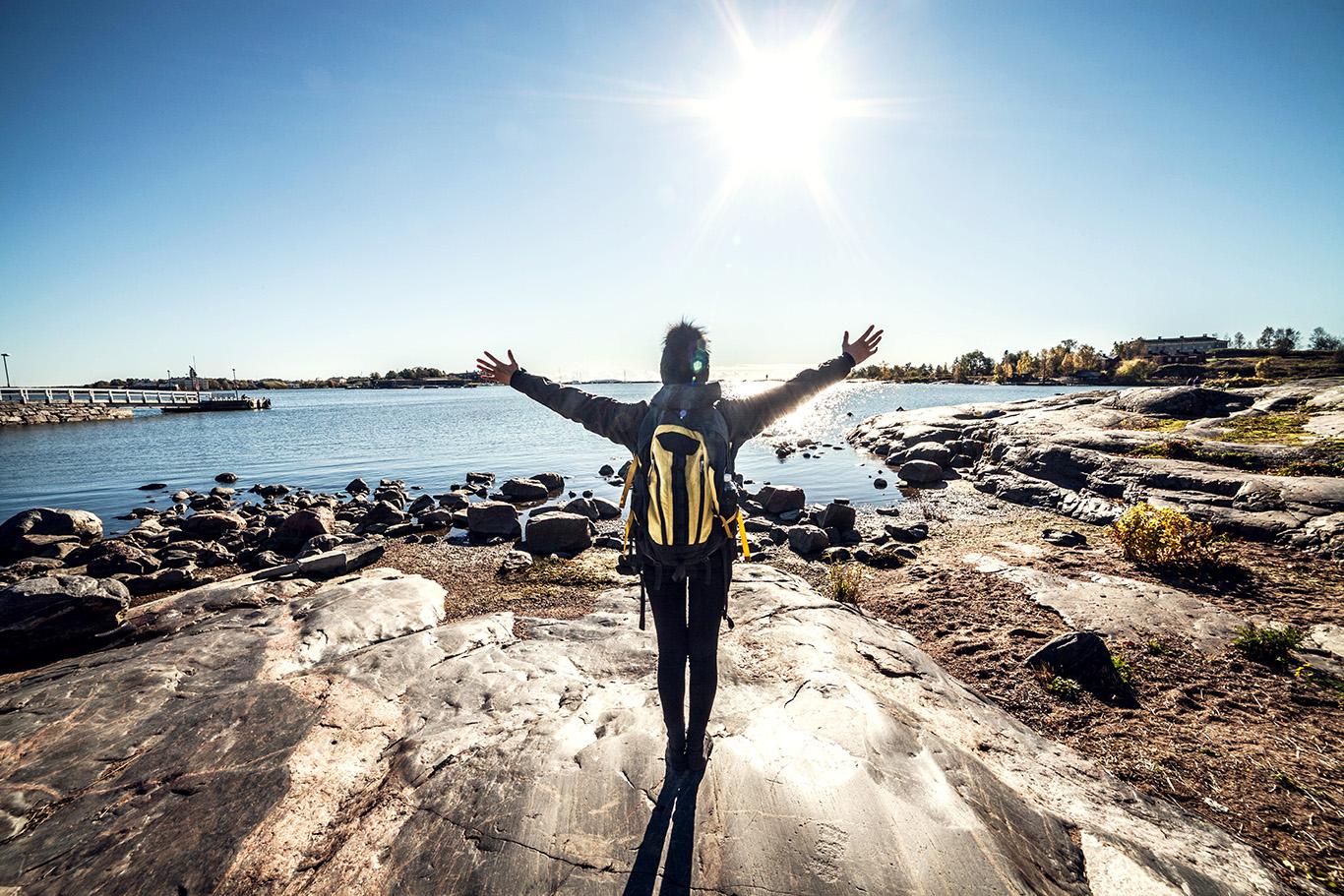